Sara Fry received her Masters’ Degree in Counseling for Mental Health and Wellness from New York University. She also studied abroad focusing on HIV/AIDS prevention and clinical treatment in London, England. Sara published scholarly articles in The Wiley-Blackwell Encyclopedia of Gender and Sexuality Studies as well as the American Psychological Association. She holds a certification in Advanced Clinical Practice from the NYU Silver School of Social Work. Sara is also an adjunct instructor at Fordham University, teaching a graduate level course in Advanced Clinical Assessment and Diagnosis. Calli Kosch is a Licensed Mental Health Counselor who brings authenticity, humor, and non-judgement to her practice. She firmly believes in meeting clients where they are at, in their process toward managing life's joys and hardships. Calli infuses a blend of clinical and theoretical approaches into her work, including cognitive behavioral therapy, dialectical behavioral therapy, person-centered therapy, and psychodynamic therapy. Most importantly, she believes that forming a strong therapeutic relationship is the most important element in creating a challenging yet fruitful experience in therapy. Calli has experience working with adolescents and adults who are experiencing life transitions, managing depressed mood, anxiety, substance abuse, and eating disorders.

Calli is a licensed counselor in the states of New York, Massachusetts, and California. Originally from Michigan, Calli has personally experienced many life transitions, including adjustment to living in New York City. Calli received her Bachelor of Arts from the University of Michigan, Ann Arbor and her Master of Arts in Counseling Psychology from Boston College. There is an element of tough love that she incorporates into the therapeutic relationship. Honesty and willingness to try something new are all that she asks from her clients in order to foster greater insight and effect change.

Margaret has experience working children and adults struggling with complex trauma/PTSD, depression, anxiety disorders, schizophrenia spectrum disorders, low self-esteem, and issues in interpersonal relationships. She also has experience working with members of the LGBTQIA+ community. Margaret received a Master of Science in Education for Mental Health Counseling from Fordham University and a Bachelor of Arts in Psychology from Loyola University Maryland. She is a Certified Clinical Trauma Professional through the International Association of Trauma Professionals. Caitlin is a Licensed Mental Health Counselor with a master’s Degree from Columbia University. Caitlin utilizes a collaborative approach to therapy, emphasizing that each client is an expert on themselves. She believes that a strong, trusting relationship with clients is essential to understand their specific challenges and identify their goals. Caitlin uses aspects of positive psychology to emphasize each clients’ strengths and motivating factors to help them achieve their objectives. As a team, Caitlin supports each client in developing a realistic and sustainable treatment plan to support them through various life transitions and individual mental health struggles.

Caitlin has worked with a wide variety of populations from children to adults, experiencing a range of issues including anxiety, depression, bipolar disorder, adjustment disorder, family and relationship issues, low self-esteem, trauma, and schizophrenia. Caitlin utilizes various therapeutic modalities in order to fit the individual needs of each client, specifically CBT, DBT, and mindfulness techniques. Caitlin also utilizes her experience as an intensive in-home family therapist to support clients in working through relationship and family issues by identifying and overcoming their maladaptive patterns of interactions. 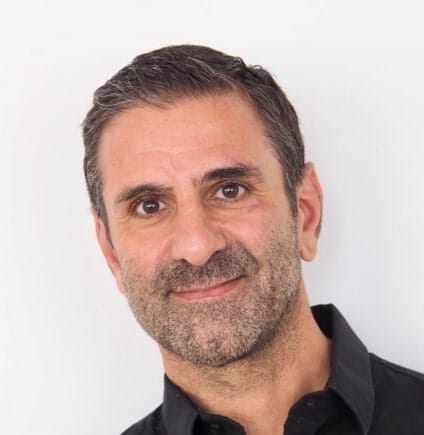 Frank works at both the 14th and 38th Street locations.

Frank is a NYS Licensed Mental Health Counselor. He recently returned to NYC, where he was born and raised, after spending his career working as a psychotherapist and Certified Addictions Professional in Florida and Washington State. He has many years of experience and is passionate about helping individuals, couples and families who are dealing with depression, anxiety, bipolar, PTSD and other trauma related difficulties, substance use, grief and loss, gender and sexual identity, interpersonal relationships and life transitions. He values the mind/body connection and is grounded in a strength-based, multicultural and social justice approach to helping people. He has experience working with people of culturally diverse backgrounds. In Florida, half of Frank’s practice was dedicated to serving people in the LGBTQPIA+ community in therapy and also by providing outreach and consultation to community providers of substance abuse and mental health treatment.

Frank’s mindful presence and empathic listening skills help create an ideal space that support an opportunity for clients to increase personal awareness, cultivate compassion toward the self, gain clarity about their personal struggle and develop a plan to work toward their stated goals. He understands the importance of matching clients with theoretical approaches to therapy that resonate with them. Frank has experience and skills in the use of Gestalt Therapy, Interpersonal Process Therapy (IPT), Mindfulness Based Cognitive Behavioral Therapy, Person-Centered and Psychodynamic Therapy, Motivational Enhancement Therapy (MET), Acceptance Commitment Therapy (ACT) and The International Association of Trauma Professionals (IATP) approach to trauma therapy.

Jenny Kim, a Florida native, is a culturally competent Mental Health Counselor now living in New York for 10 years. Jenny has a passion to help people reach emotional and mental well-being using a client-centered approach and an eclectic approach in counseling. She is experienced working with children, adolescents, and adults who have struggled with depression, anxiety, interpersonal struggles, self-esteem, domestic violence, and trauma. Jenny’s approach is genuine, empathetic, and perceptive. With the collaboration of the client, she hopes to provide a safe environment to build a positive experience for self-development and self-awareness for the client.

Jenny completed her Bachelor of Arts in Psychology from New York University and received a Master’s Degree in Mental Health Counseling from Teachers College, Columbia University. She has a New York State license in mental health counseling. She has experience in the non-profit sector and community organizations providing counseling and administrative services.

Erin Wolfe, a licensed mental health counselor, is a devoted and compassionate therapist committed to enhancing her clients’ lives. Whether it is processing difficult topics, navigating through a recent change, or confronting possible life barriers, she strives to create a safe and exploratory counseling relationship that fosters growth, sense of empowerment, and emotional well-being. Her work as a primary therapist in outpatient substance abuse clinics has granted her extensive knowledge and understanding of the treatment of addiction, something she recognizes as an underlying symptom of something typically much greater. She served as the primary adolescent counselor in one of such clinics. Erin has experience treating a wide range of issues, including anxiety, mood disorders, trauma/PTSD, personality disorders, and relationship and family issues.

Erin obtained her Master’s in Mental Health Counseling at Long Island University. She draws techniques from psychodynamic, cognitive behavioral and expressive art frameworks. Previously, she was a member of the American Psychological Associations Division 35: The Society of the Psychology of Women, where she initiated and installed professional talk panels in various Universities highlighting issues related to gender studies and female empowerment. Rene Gonzalez is a Texan turned New Yorker, drawn to the city by his passion for people watching, food, architecture, and multiculturalism. Rene cites several of Woody Allen’s most neurotic characters as inspiration for becoming a psychotherapist, and believes it was (partly) his films that planted the seeds of inspiration that compelled him to eventually move to the city. Rene’s early 20s were spent studying Spanish and teaching English in Spain and Latin America, and his encounters with people from diverse backgrounds solidified his intense curiosity about people, and prompted him to return to college to pursue a career as a psychotherapist. Today, Rene works in both private practice and the non-profit sector, and provides services to people from all walks of life.

Call Now to Schedule a Consultation

Fill out our contact form and we will get back to you as soon as possible.

Contact Us
Online therapy now available for current and prospective clients via video conference. Fill out our contact form or call us at 212-960-8626 to be matched with a therapist.